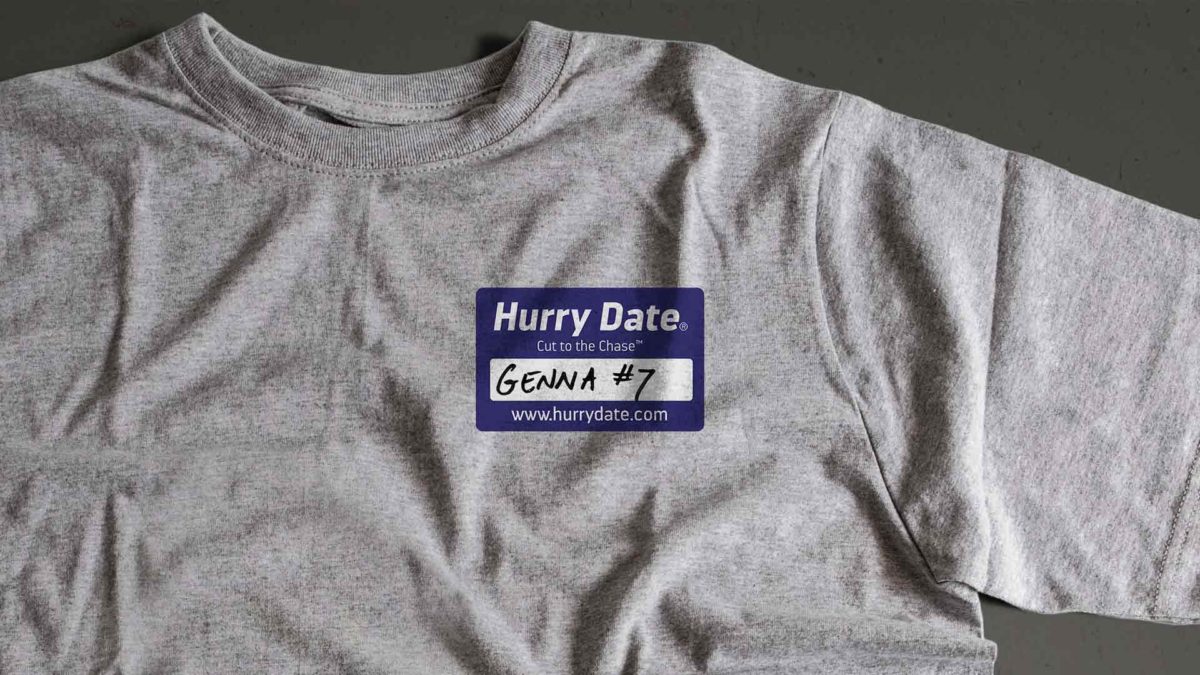 Marketing and the Art of Speed Dating*

Let’s pretend for the sake of this blog post that I went to speed dating at Kush Lounge last night for research reasons, and not because of the nagging-but loving-voice of my Jewish mother. As a public relations and marketing project manager, it is important to stay current with marketing trends and methods and speed dating is based on a unique and difficult kind of sell. Daters have between three and eight minutes, last night it was four, to put his or her best foot forward in the hopes of earning a second, longer date.

The concept was originated by the Aish HaTorah Rabbi Yaacov Deyo in an effort to find a modern day alternative to Yente the Matchmaker. The process itself is efficient and mostly pain-free so the idea took hold and a culture of speed dating was born. It’s been portrayed in movies like Hitch and The 40-Year-Old Virgin as well as TV shows like Sex and the City and a particular favorite of mine, Gilmore Girls. Though usually done with comedy in mind, these on-screen speed dates are often too close to the truth. But because my mother raised her daughters with the notion that “every guy is someone’s baby…he just wants to meet someone,” I’m fairly open-minded, empathetic and sympathetic to the dater across the table, especially if the guy is dressed up well beyond his comfort zone because his mother told him to do so. Even still, it is truly astounding what passes for a “good sell” these days.

And so, I will connect speed dating to marketing in an attempt to expense my Hurrydate.com registration.

Put your best foot forward. While this seems obvious to most people in the business and dating worlds, “best” travels across a frighteningly long range. To their credit, most of the daters at the event were well-groomed for their night out, so the issue was not their looks, but their attitudes. Before Joseph even sat down, he uttered about ten curse words about the ubiquitous camerawoman who was there for a “dating in the recession story.” Now, I wasn’t thrilled to be a local news feature either, but it’s important to make light of an annoying situation, especially within the first few minutes of talking to someone. If a potential client sees you unhinged or cursing before a relationship can begin, you can bet your business card will be lining the bottom of a trash can before you can say, “Please recycle.”

Maintain focus. At one point in the night, I wasn’t sure if my “date” was looking at my nametag or my chest (isn’t there another place to stick those things?), and his distraction was, well, distracting. Maintaining eye contact is the key to making a good impression and also lets the other person know that you’re listening to what he or she has to say. And don’t fidget with your Blackberry, iPhone, or tie when talking to a date, potential client, partner, or customer. Networking, like speed dating, puts tremendous emphasis on first impressions. If you’re distracted, you’ll likely miss opportunities to make an important and worthwhile connection.

Don’t try to be something you’re not. Case in point was Dennis, a very sweet, mildly attractive guy who seemed to have signed up for the wrong kind of speed dating event. With all of his polished and polite attributes, he’ll be a great fit for some guy out there. You see, speed dating does for singles what advertisements and public relations do for businesses. It’s a way of saying, “Look! I’m here! I’m available and I can offer you such and such.” In business (as in dating), you must be clear on the “such and such.” It’s important not to stretch the truth about who you really are and what you can offer. If you do, you’ll end up scrambling to please a client who you shouldn’t have worked with in the first place.

Don’t fake enthusiasm. A healthy amount of excitement and enthusiasm is naturally built in to a first meeting or brainstorming session-there’s really no reason to go overboard. Bryan uttered the word “Really?!?” so many times that I felt like I was in the Weekend Update segment where Seth Meyers (and at one time Amy Poehler too) makes a mockery of the ridiculousness of some current event. Only unfortunately this time, it wasn’t funny and really unfortunately, Seth Meyers wasn’t there. Enthusiasm, when it’s genuine, can be a great help to landing a deal, making a sale, or scoring a date. Trust me on this one, when it’s contrived, everyone can tell. If you’re genuine, your client will likely trust you a whole lot more.

Dare to be different. And finally, make sure you’re different enough from the next guy (or girl) so that even when there’s an assembly line of potential, you stand out. Due to reasons beyond everyone’s control, there were two guys who looked pretty similar at the speed dating event. They were both attractive, had a similar build, and had identically styled their “unique” longish hair. The second guy also had the bad luck of having the same name as the guy next to him, and so despite his best efforts, he only served to confuse the legion of girls he met. Businesses should work not only to be the best in their chosen field, but stand out from the pack. The fact is that anyone can be an “expert,” a “consultant,” or have long hair. It’s how you use your unique position in business that will lead to success.

I can’t tell you if my speed dating was successful because I won’t get my matches back until tomorrow. Whether or not the matches come pouring in (or whether or not I want them to anyway), speed dating was an exercise in small talk, meeting new people, and engaging people whom I would not, in other situations, have given the time of day. What business and dating ultimately come down to is one’s ability to sell-themselves, their company, or their product-and speed dating can be a crash course in acquiring the necessary skills. But, if you’re not successful on your next speed dating excursion, just keep in mind that as my mother, like my grandmother before her, always says, “There is a cover for every pot.” Even if you just want your “date” to put a lid on it.

* Names have been changed to protect the innocent.