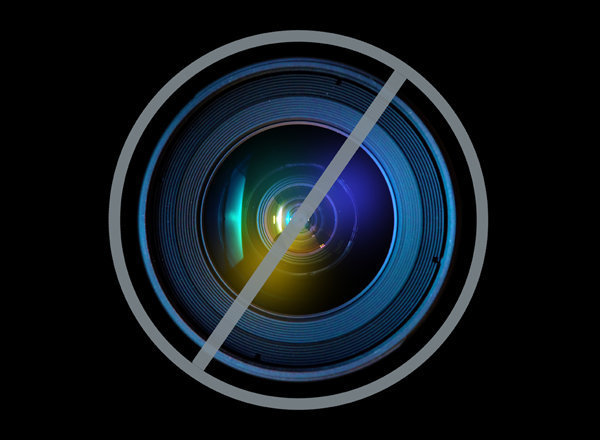 8 Things I Learned at SXSW

Austin, Texas is a special place, a small island of liberal sanity — or insanity — thriving, somehow, in the red-state South. The city motto, “Keep Austin Weird”, is a brilliant bit of branding that gives the locals a license, along with some encouragement, to be different. And perhaps more importantly, the motto lets visitors know what to expect because, yes, Austin is different. And for the tens of thousands of visitors at the annual South By Southwest conference, the city’s DNA offers a great mix of music, food, weather and people. All of these elements are front and center at SXSW.

For the uninitiated, SXSW (or simply “South By” for the regulars) is a ten-day overload of film and interactive/digital (first five days), and then film and music (next five days). I had been to SXSW before, but only for the music portion. This past year, I would attend portions of both, in roles both professional and personal — work and play.

I learned a lot in 8 days, and so with SXSW 2013 rapidly approaching, here are a few rules to live by.

Rule #1: Go to SXSW! Seems obvious, right? You have to go there to experience it. But, without a doubt, that was my biggest take away from SXSW 2012: to always go…to never again miss this amazing, and absolutely crucial, event. I’m a New Yorker, and like many NY’ers, I often work way too hard. It’s easy to get so caught up in your clients, projects and daily to-dos, that a full week away in Austin, Texas seems impossible, and perhaps a bit indulgent. But here’s the thing. You have to go. You have to indulge. Almost nothing you’re doing in your New York office, will be as important as the business you’ll gain, the people you’ll meet, and the experiences you’ll have at SXSW.

Rule #2: Eat! Also obvious, right? Depends who you ask. Before this year’s conference one tech reporter who I follow on Twitter suggested that you should eat a big breakfast at SXSW because you never know when you’ll eat again. This advice isn’t totally without merit. SXSW is non-stop, and at any given moment, there will be things, often multiple things, that you should (and will want to) be doing. But to rank Austin food as a low priority is a major mistake. First of all, food is fuel. And to keep up with the frenetic pace of SX, you’ll need fuel. But in Austin, the food is so much more than just fuel. The city has a food scene that, in my view, is as good as any in the country. Austin, yes Austin, Texas, features one of my favorite sushi restaurants in the country, and of course, front and center, is the best barbeque you’ll ever eat. Which brings me to rule #2a: before you go to Austin, do a little homework. Two sources for the latest and greatest in the Austin food scene are Addie Broyles (@broylesa), food writer at the Austin American Statesman, and Immaculate Infatuation (@immaculateinfat), two New York guys who have the inside track on culinary hot spots throughout the country.

Rule #3: Drink! … in Moderation! SXSW is work, yes, but it’s also a great big party. And where’s there’s a party, there’s booze. At almost every turn at SX there’s a cold beer (usually free) that’s being offered to you. It’s Austin and it’s hot outside, so a cold beer almost always seems like a great idea. But these free beers add up, and if you’re not careful, you can easily reach 6 (or more) beers by dinnertime. This overconsumption can lead to two things: passing out early or getting sloppy — and neither is good. Passing out early is a shame (you’ll miss stuff) and getting sloppy is worse. Unless you’re off with friends, you’re going to be meeting people at SXSW, and you’ll want to be on your game. Slurring your words in front of a reporter, potential investor or future employer is never a good look, but it happens. Don’t be that guy. Party, have a blast, but don’t go overboard.

Rule #4: Go overboard. Ok, what the heck? I just said don’t do this. But hey, it’s SXSW, and sometimes the situation demands it. Like when you’re at a Jack White concert and Bill Murray wants to buy you shots. Which is exactly what happened to my friends from Paste Magazine this year. And to paraphrase a line from Ghostbusters: When Bill Murray asks you if you want to do shots, you say YES! I’ll let the Paste editor-in-chief Josh Jackson’s Facebook status tell the tale:

CRAZY NIGHT: Sorry to name drop but I just got back from a Jack White concert for 500 people, where John C. Reilly (good-naturedly) chewed me out about a Paste review I don’t remember, I did shots (and danced on a bar) with Bill Murray and had Jason Sudeikis use my hand as his drum during Seven Nation Army (he was making out with Olivia Wilde all night). I spoke briefly to Norah Jones and saw James Mercer (after watching The Shins earlier in the evening).

Rule #5: Talk to everyone. Networking is not only expected at SX, but it could be the conference’s primary and most valuable function. SX is an idea festival, populated by interesting and intelligent people from all over the country. And you’re constantly moving from place to place. When you finally do sit down, inevitably there will be someone new sitting next to you, someone who is in all likelihood (you guessed it) interesting and intelligent. Put away your mobile device and talk to that person. It could be your next client, employer, or friend. Another thing to note: rule #5 (talk to everyone) frequently overlaps with rule #2 (eat!). My first meal at this year’s SXSW was at a sushi bar where we met locals (who we would hang out with later in the week), editors from a Chicago newspaper, and various business people and entrepreneurs from around the country. Food is a terrific ice-breaker, and whether it’s a sushi bar or a picnic table at an outdoor barbecue, take the time to meet your neighbors whenever possible. Lastly, the bars at the hotels downtown are another outstanding spot to meet people. The Four Seasons, The Hilton, The Omni, The Marriott, they’re all crawling with people you may want to meet—and the hotel bar is the place to do it. Need to charge your phone for an hour? Do it here and not at some random outlet in the Convention Center.

Rule #6: Plan in advance. There’s a lot to do at SX, so the more you’re able to plan in advance the better experience you’re likely to have. The good people at SXSW designed a great app that has all the events and information in one easy-to-find location. This was massively helpful. Download it, study the events, and map out your plan before you ever get to Austin. Next, find out who else is going to SX. You’ll likely have some friends who you know will be there, but chances are, you’ll have many more friends who you didn’t know were going to be there. Use your social media channels to ask around and find out who else is going. The bigger network of contacts you have going down there, the more dots you can connect, and the more people you can meet while you’re there. Secondly, feel free to reach out to people you don’t know in advance of SX, particularly people of influence. If some hard-to-reach CEO, reporter, or venture capitalist is holding a panel discussion at SX, send that person an email in advance discussing the panel (what you’re looking forward to hearing, a question you may have, etc), and you’re likely to get a response. Now, if and when you meet that person at SX, you have already made contact, and have your proverbial “in”. What do you want to see? Who do you want to meet? Planning in advance will help you get the most out of SXSW.

Rule #7: Forget your plan. Again with the contradictions! But yes, forget your plan. Or at least don’t be afraid to. It’s impossible to anticipate every surprise twist and turn of SXSW — and there will be many. Being overly devoted to a strict schedule will rob you of these surprises, and that would be a mistake. Stay open to meeting people you didn’t expect to meet, wander into lectures you hadn’t planned on hearing. See bands you’ve never seen before. And sometimes, when your body is craving some fish tacos, put the day on hold and go get some fish tacos.

Rule #8: Keep Austin Weird. This one is very important.