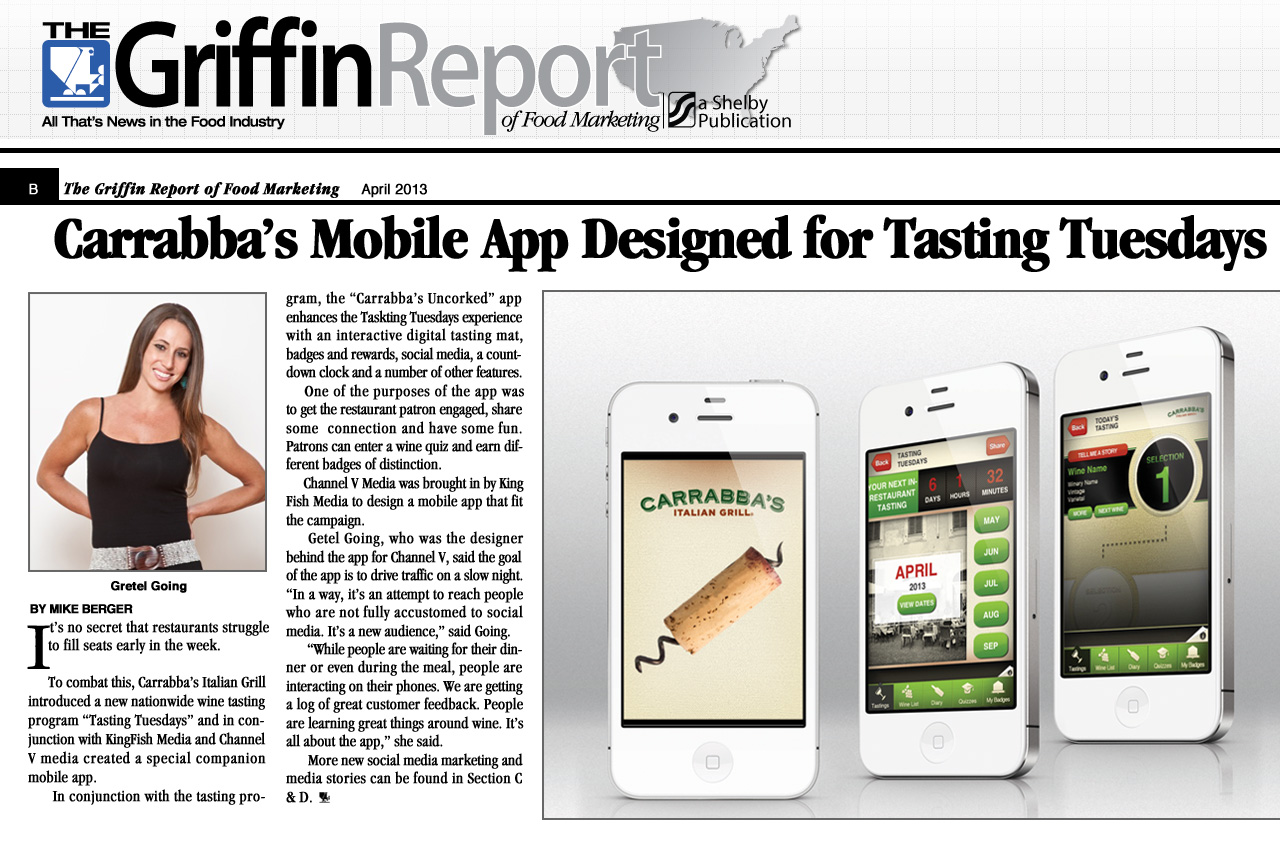 It’s no secret that restaurants struggle to fill seats early in the week.

In conjunction with the tasting program, the “Carrabba’s Uncorked” app enhances the Tasting Tuesdays experience with an interactive digital tasting mat, badges and rewards, social media, a countdown clock and a number of other features.

One of the purposes of the app was to get the restaurant patron engaged, share some connection and have some fun. Patrons can enter a wine quiz and earn different badges of distinction.

Channel V Media was brought in by King Fish Media to design a mobile app that fit the campaign.

Gretel Going, who was the designer behind the app for Channel V, said the goal of the app is to drive traffic on a slow night. “In a way, it’s an attempt to reach people who are not fully accustomed to social media. It’s a new audience,” said Going.

“While people are waiting for their dinner or even during the meal, people are interacting on their phones. We are getting a log of great customer feedback. People are learning great things around wine. It’s all about the app,” she said.