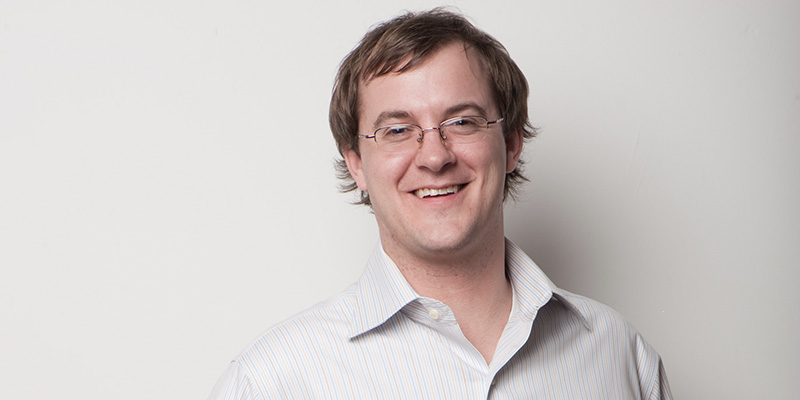 During its rise, fast food was all about margins and profiting through short cuts—quantity over quality. But with each short cut, the service got progressively worse and so did the food. Over time, profits slipped and business suffered. In recent years, and in response to fast food’s ills, a popular slow food movement has sprung up, with an emphasis on better ingredients and health.

A very similar situation is underway within the Public Relations world. PR is rapidly expanding as an industry (remarkable 7.8% growth in 2015), but as the industry has grown and become more competitive, the pressure to win new clients, and please existing ones, has intensified. In response to these pressures, many PR agencies have turned to “fast food” style short cuts—and same with fast food, it’s been a recipe for disaster. What the PR industry desperately needs is a “slow food” movement of its own.

Almost every day my Twitter feed features one or more exasperated journalists voicing their displeasure with the PR industry. Sometimes these frustrations take the form of insults and outright anger. The website Gawker went so far as to create a regular series of posts under the header, PR Dummies. Bob Garfield, co-host of the On the Media show on National Public Radio, recently published his latest round up of embarrassing PR pitches. A few journalists have even attempted to fix the situation by telling PR professionals exactly how they are doing it wrong and how to do it right. Yet in spite of this continual stream of criticism, constructive and otherwise, the problems persist.

The problems continue because too many publicists believe they are stuck with one of two alternatives: get results or lose the client. But it’s a false choice, and one that’s devoid of nuance. Missing from this equation are the consequences (and benefits) of how they get results. In their rush to deliver coverage for the client, at any cost, PR people will often exploit every kind of shortcut, treating the media with a carelessness bordering on disrespect.

It doesn’t have to be this way. A slow PR approach can win over the media and get your clients the results they covet. Here’s where to start.

Goodbye Blast Emails
There may be no better illustration of PR’s “fast food” approach than the blast email. For anyone needing clarification, the blast email is a tool PR people use to send hundreds (sometimes thousands) of simultaneous emails to media professionals. It’s a practice that is standard throughout the PR industry, and it’s also the scourge of most media professionals. PR firms do it anyway.

Blast emails persist because of the immediate, short-term results that please the client. For instance, if you send a blast email to 2,000 reporters you may hear back from three or four reporters. The responses will look like a success to the client. But invariably, in sending that email to 2,000 reporters, you’ve sent it to many, possibly hundreds of reporters, who are completely wrong for what you are pitching. Or worse, you’ve made some error in your distribution that has alerted those reporters that you are pitching them with zero regard to who they are.

So yes, in the short-term you’ve managed to please your client. But in the long-term, you’ve damaged your reputation, and you may even have been blocked and/or will have future emails directed to spam folders. It’s a practice of quickly diminishing returns and it’s potentially ruinous.

Read More, Pitch Less
A good PR pitch is informed by many factors. It’s not enough to know that someone is a technology reporter and then pitch a technology topic. Some reporters only cover large companies. Other reporters focus on start-ups. Some only cover one specific area of technology, or even just one or two companies. It’s up to you to know all of this.

It’s also imperative to not only know what a reporter covers, but when they’ve covered it. You may be pitching a story about a new mobile phone to a reporter in that space, but if that same reporter just wrote a story on the topic, your pitch isn’t going to resonate, and worse, the reporter knows you aren’t paying attention. However, if you pitch that same reporter and acknowledge their recent article, suggesting a desire to be included in future stories on the topic, that’s a vastly different approach leading, most likely, to a different outcome.

The only way to know all of these things is through reading. A good publicist will read every day. Follow reporters on Twitter. If you aren’t aware what the people you’re pitching are reporting about, and when, you’re doing it wrong.

Persistent Never Pushy
Your client has paid you money. They expect results and it’s your job to get them. So persistence is part of the job. But there’s a fine line between being persistent and being pushy, and it’s up to PR people to know where that line is, and to push back on the client (to the client’s benefit) when necessary. Too often, PR people will capitulate to client pressure, and then unload that pressure onto the media. Allowing client pressures to filter through to the media creates ill will not only toward you, but also your client. It’s on you to help your client understand and respect that dynamic.

If you are confident that you are pitching a worthwhile and relevant story to the right reporter, at the right time, then I’m somewhat comfortable being persistent and seeking an answer. In my experience, a reporter will often ask to have a relevant pitch re-sent. However, even if you have a relevant pitch going to the right reporter, you still need to tread carefully and with respect. PR people need to remember that the media owes you nothing.

In a recent round up of young PR professionals, one of the young people profiled said their secret was, “never taking ‘no’ for an answer”. I could not disagree more. If you’ve been heard, if your pitch has been read (and sometimes, even if it hasn’t), then you absolutely should take “no” for an answer. Walk away. The media has the right to turn you down, and accepting that rather than fighting it, may earn you some measure of gratitude. Live to fight another day.

Summary
Make no mistake; PR exists to serve your clients. But if Abraham Maslow were to make a hierarchy of PR needs, the media would be its physiological base. I’m not saying that PR professionals aren’t entirely without skills. Many of us can write effectively, hustle, communicate strategically through a crisis, and are generally persuasive, but without the media on our side, all, if not most of those skills, are moot.

Winning over the media will only happen when agency leaders embrace a slow PR approach, make it a standard, and demand it from younger employees. A good PR firm’s value is built over the course of many years, painstakingly, one reporter at a time. Those relationships accumulate, and eventually you know exactly who to talk to, and they’re happy, or at least willing, to hear what you have to say. It’s a recipe for lasting success.

A version of this article appears in the December 2015 issue of PR Week. Mark Ballard leads the media practice at Channel V Media, a New York-based communications agency. He sent his last blast email in 2004.