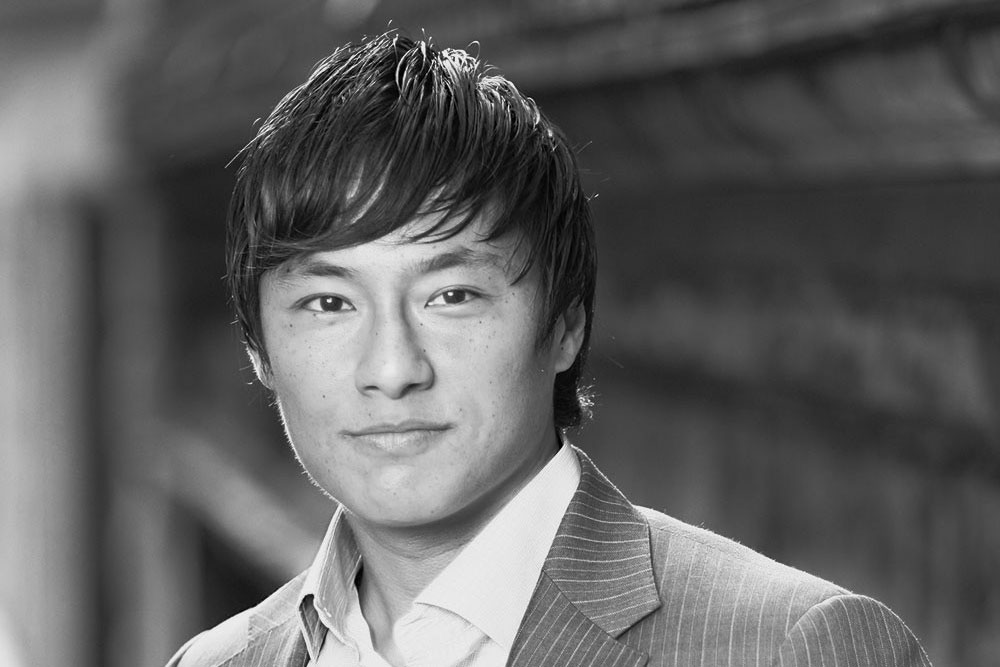 The film “The Dotted Line” was aired on ESPN roughly a month ago. The documentary about the world of sports agents focused on a few figures within the industry. One of those individuals was Eugene T. Lee of ETL Associates, Inc. Admittedly, I had never heard of Eugene Lee prior to the airing of the film. However, I immediately took interest in Lee and his company upon watching the documentary and seeing the drive and commitment that the young agent displayed through the cameras. I have been following his story ever since. The following is an interview that I recently conducted with Lee. Additionally, feel free to check out an op-ed that Lee published on Sports Agent Blog earlier this week.

Darren Heitner: You are a double Irishman, graduating from Notre Dame undergrad and law school. What made you decide to go from the world of practicing law to dedicating your entire practice on representing athletes?

Eugene T. Lee: I met my first clients while in law school playing pickup basketball at Notre Dame. I became friends with some of the players on the football team and they had asked me to become certified with the NFLPA (they knew I had already accepted a job offer with a top law firm and that I would be specializing in intellectual property and contractual law). As I practiced law in the city (for four years), all the while gaining a tremendous skill set and invaluable experience in contract negotiation, I began to represent only Notre Dame players on the side. Over time, I realized that not only did I have an aptitude for NFL player contract negotiation, I absolutely loved the work. There was nothing more fulfilling to me than working with young men of character to achieve a common goal and a lifelong dream.

Darren Heitner: One question many people probably have is how do you make money? It seems like there are so many costs involved with being an NFL agent and low margins based on a 3% cap on fees. How do you and your company survive?

Eugene T. Lee: We are very diligent and thorough in terms of scouting and recruiting players who not only have the ability to get drafted, but who will play on Sundays for many years to come. As long as pre-draft expenses are outweighed by revenues on the back end (i.e., contract and endorsement commissions), you are able to stay afloat. Obviously, some years are better than others in terms of 53 man roster percentage, but the painstaking methodology of investing the time upfront does work consistently over time. Being a relatively new agency, we have already endured the start up pains of the first few years and are now on the cusp of experiencing major breakthroughs on the net income side.

Darren Heitner: Just how brutal is the competition in the world of representing football players? How do you separate yourself from the competition, and what do you do to prevent clients from leaving?

Eugene T. Lee: NFL player representation is an absolutely cutthroat industry. Like any other professional sport, competition is fierce for top level talent. We separate ourselves from the other agencies by offering clients “big” agency benefits (i.e., access to top resources, NFL contacts and negotiation expertise) combined with “small” agency responsiveness and personalized attention. The foundation for anything we do is built on integrity and undying loyalty to our clients. Over time, the service, responsiveness and character found in each one of our team members helps build a strong bond with each one of our clients – one that is stronger than any standard representation agreement.

Darren Heitner: You began developing your sports law practice while working at various law firms. Did they know that you were developing this side practice at the time? If so, what were their thoughts regarding same? How did you manage both your hourly obligations to the firm and growing your own venture at the same time?

Eugene T. Lee: Although I was upfront about my side venture, these firms never took any particular interest in the work I was doing for my NFL clients. It was very difficult to manage my obligations to my firm and dedicate the time necessary to grow my side venture. I had not yet branched out at the time from my Notre Dame clients so the demands were less taxing than they would’ve been if I would’ve been recruiting nationally. I would essentially work a full day at the firm, then work on my agency matters at night. There was definitely a lot of work involved, but it was well worth it in the end.

Darren Heitner: Describe the process of being asked to be a part of the ESPN documentary, “The Dotted Line,” and some of the positives and negatives that you considered before deciding to offer the cameras into your life.

Eugene T. Lee: After returning from a recruiting trip to Chicago last December, I received a voicemail from one of the producers of the film, Matthew Galkin, explaining the concept behind the project. We met up the next day and I discussed what I had done to build my agency, my visions for the future and my current state of recruiting clients for the coming draft. I felt very good about my meeting with Matthew and had a very good feeling about the project which I expressed to my wife at dinner that evening. The very next day I received an e-mail from Matthew and we began shooting two days later (the first scene of the movie with Brandon Hogan). The main benefit of deciding to appear in the film was the phenomenal exposure I anticipated it would provide. Any apprehension was based on how I would be portrayed in the movie (everyone knows Morgan Spurlock’s track record), however, as we shot more and more footage and I became friends with Matthew and the rest of the production team, I felt confident that I would be portrayed truthfully and in a positive light. There are times in life when you need to have the courage to take a calculated risk and that is exactly what I did.

Darren Heitner: What kind of responses did you receive after the documentary was first aired? How did you think it has/will benefit your practice? In what ways may it set you back?

Eugene T. Lee: The feedback and positive response from the movie has been nothing short of overwhelming. I’ve been so touched by how many people were moved, encouraged or otherwise inspired by the film. The movie has allowed us to stand on our merits with some of the more well-known, “big-name” agencies in the industry – which was all I ever wanted in the first place. The movie has been a tremendous blessing to both myself and my team. There have been no negative ramifications whatsoever.

Darren Heitner: ETL Associates recently became the first agency (that I know of) to create a mobile application. How did you come up with that idea? What is the purpose for creating such an application? What has been the response thus far?

Eugene T. Lee: I was speaking with a buddy of mine (who works at the flagship Apple store in NYC) about a year ago and he brought up the idea. I thought it made perfect sense and was totally consistent with our cutting-edge, dynamic approach to representation. I teamed up with Channel V Media to help design, develop and program the app. We came up with five different categories – On The Field, On The Path, On The Know, On The Road and On The Town – each of which we considered an integral part of the NFL lifestyle. The app allows draft-eligible players to learn more about the Combine and other pertinent matters (signing bonus amounts and default language, footwear and apparel endorsements) while simultaneously allowing current NFL players the ability to enhance their travel, entertainment and career progression. We licensed 40 songs from Jingle Punks for an original ETL playlist as well. The response has been tremendous so far. People absolutely love the app.

Darren Heitner: You come off as quite the entrepreneur. Should we be on the lookout for anything else from ETL in the near future?

Eugene T. Lee: I have begun hosting a weekly online radio show on the Voice America Sports Network called “Enter The League” every Thursday at 7:00pm EST. We are also in the process of developing, pitching and producing an NFL-based reality television show. Stay tuned for more in 2012!

Darren Heitner: What advice would you give to those who are interested in becoming sports agents?

Eugene T. Lee: You must work extremely hard and make yourself a valuable commodity. Apart from the educational skill set needed to thrive in the industry (business courses, marketing, law), make it a priority to network with anyone involved, directly or indirectly, with your sport of choice (scouts, coaches, trainers). By building relationships and connections with the right people, you will be able to leverage those connections to build credibility within the industry…which leads to my final point. Always speak and act with integrity. Do what you say you are going to do when you say you are going to do it.

Darren Heitner: Does your company currently offer any internships?

Eugene T. Lee: We are currently not looking for unpaid interns, but we do file all resumes received for possible future openings.