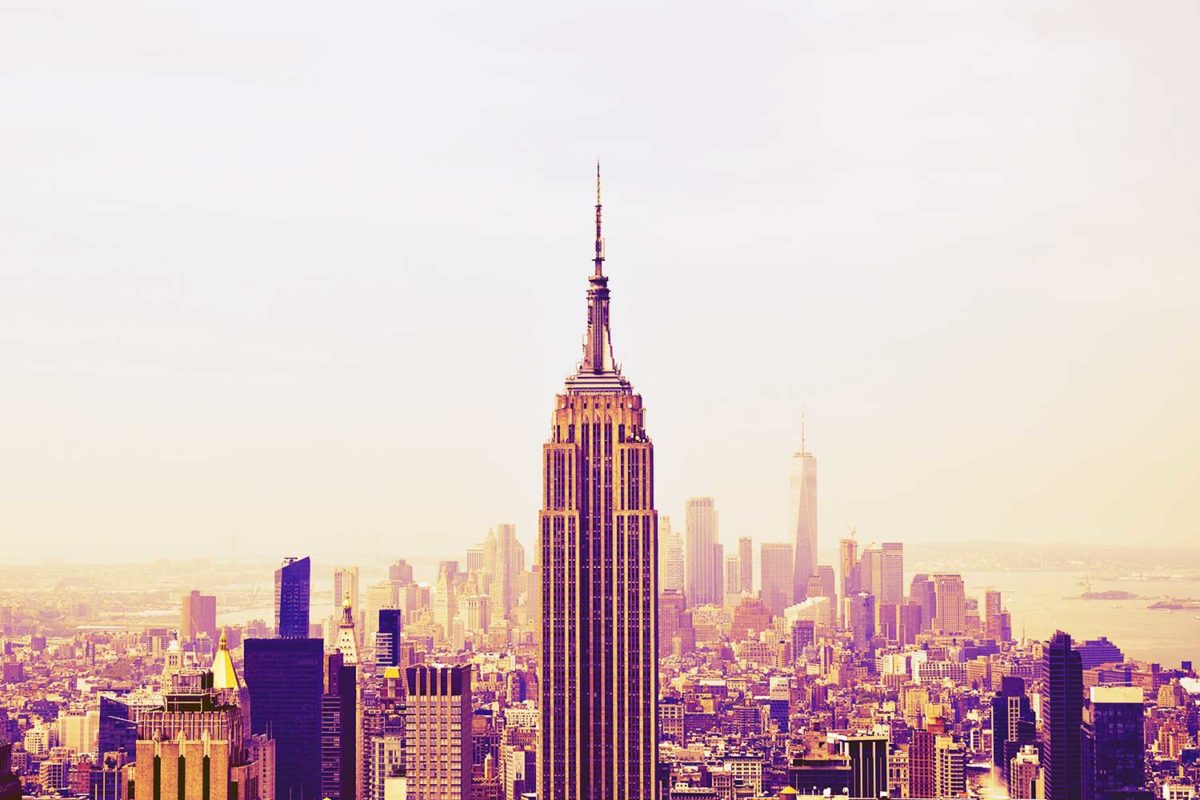 The Continental Divide: How Clever Marketing, a PR Strategy, and Careful Brand Management Have Allowed New York City to Stay on Top

Warning: this blog post may incite some very strong opinions. This is part one of a three-part series on coastal supremacy.

In our office, there are two kinds of people: those who love California (me) and those who hate it (Kate and Gretel). We could bicker endlessly about why California is or isn’t better than New York City (email me for my list). Since we’re in New York City, I guess they win, for now. I recently returned, teary-eyed from my LA trip and Gretel is boarding a flight to San Diego this week. As a result, it feels like a good time to examine why the east/west coast rivalry may be bigger than Suge Knight said it was. Also, I want to explore what clever marketing, a PR strategy, and careful brand management have to do with it.

Like most things in our media-driven culture, it boils down to image, some of it true to life, and some of it not. Ask anyone what they think of when you say “Los Angeles,”, they’ll things like: “blonde,” “palm trees,” and “Clueless”. (You’re not helping my cause, Amy Heckerling). Say “New York” and you’ll get things like, “real,” “big city,” and “Annie Hall.” I understand that since the time of the Dutch, New York has been crucial to the country’s development. It’s affected commerce, culture, and character. But as the urine-soaked garbage piles up on the streets in the summer heat (can you say, “yum”?) I kind of feel like we’re all running on “I HEART NY” fumes. So how does New York City keep the dream alive? With a few elements that any successful brand campaign should take to heart. It has clear messaging, clever design, (some) substance, and a lot of concrete.

So, let’s examine how New York has used the power of its messaging (both old and new) to bring people into the City, and keep them there.

Because of its location, New York has always held a unique place in the hearts and minds of immigrants. It’s the birthplace (I make no claim of historical accuracy) of the American dream. This port-of-entry became the first place to put down roots, sell your wares, and make it big. So the lore and the lure grew. To paraphrase Ol’ Blue Eyes, if you could make it here, you could make it anywhere. Much of this message’s propagation was thanks to a catchy tune; an accidental PR campaign, so to speak. The City’s hardscrabble reputation made it a challenge for any American looking to better his or her situation. As Tom Brokaw reminded us, the Greatest Generation was up to the task.

Now in the era of brand and PR strategy, and good old-fashioned cleaning up thhttp://www.channelvmedia.com/pre streets. The Mayor’s Office has tapped in to the already magnetic power of the city to draw in those who would have moved to the suburbs in the past. On the downside, there is now no space left in the kindergarten classes in some choice areas. Oops. The new messaging is not only for those who are trying to make it. It is for those who already have and who want the city life without too much of the “real” life of the city. The rough-and-tumble City has transformed, at least in messaging, into a family-friendly place. It’s even complete with patio furniture in Times Square. This softer crowd can support the City’s economy. They are off the streets by 11 PM, and is pro at carrying baby strollers up and down subway stairs. One thing is clear in the shift-the Mayor’s Office has figured out its new plan, and is sticking to it.

Unlike New York, Los Angeles has never been able to latch on to a single message for its city, it’s PR strategy is flawed. In addition to this, the horrid reality shows that glorify the superficiality of life in the sun have not helped the city’s image.

Founded by a Spanish governor in 1781 as El Pueblo de Nuestra Señora la Reina de los Angeles del Rio de Poriuncula, LA (and California) was part of Mexico before being purchased by the United States as part of the Treaty of Guadalupe Hidalgo in 1848. The population grew steadily, but the city was really no different than others across the country until the Biograph Company sent director D.W. Griffith and his troupe of actors to the area in 1910. The combination of good weather, ample space, and willing talent made LA the ideal place to make movies. By 1915, the majority of American films were being produced in the area, and LA has been inextricably linked to “the industry” ever since.

While the industry has been a boon to the city’s (and state’s) economy, this connection leaves many wondering what LA would be like (or if it would even exist) without it. Forgotten are the spectacular attributes like hikes, wildlife, great produce, The Coffee Bean and Tea Leaf, and mountains that run right up along the Pacific. A new California Board of Tourism commercial attempts to spread the good word about the state, but only the surfing can be most directly connected to LA. The city, for all its glorious sprawl, is most known for its smog, traffic, and a great deal of plastic. And while New York prides itself on being “real,” LA only exists in many minds as the polar opposite: fake. Los Angeles needs to streamline its message and capitalize on its natural wonders as well as its creative endeavors if it can hope to stand a chance against the behemoth of New York.

Today’s winner? It hurts me to say it, but New York City. The City has figured out its (new) ideal audience and what they want from their city/brand experience. It is giving them what they want through a PR strategy, brand management, and clever marketing. It works.

What do you associate with the “brand” of LA? (BTW, if you say anything close to The Hills, I may have to (nicely) knock some sense into you.)

Next up: I HEART NY vs. the Hollywood sign.

2 thoughts on “The Continental Divide: How Clever Marketing, a PR Strategy, and Careful Brand Management Have Allowed New York City to Stay on Top”