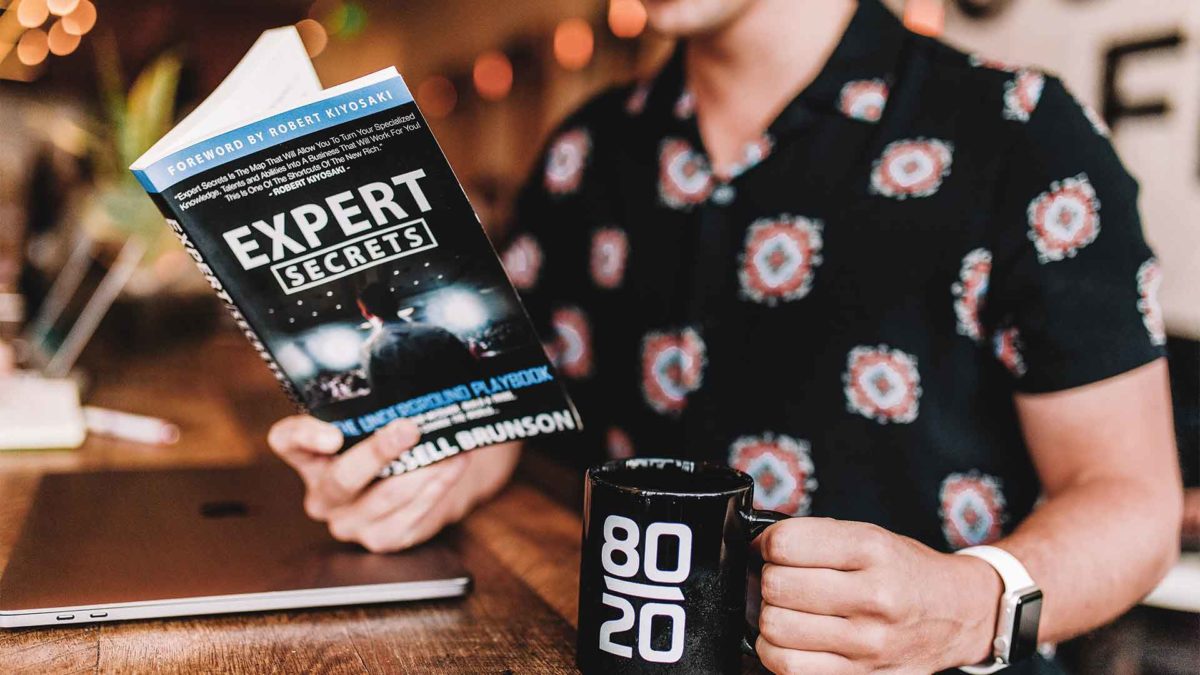 6 Ways to Be an Expert…Even if You’re Not One!

Originally posted in 2009. Possibly more relevant than ever now.

Just like high-end designers have to deal with Canal Street knock-offs, the world’s experts are now finding themselves in a similar predicament: fake experts are stealing their thunder and shillin’ their thought leadership at second-hand rates. Here’s what we have to say about it…

If you can’t beat ‘em, join ‘em.
Because the true thought leaders of the world have spent years honing their craft, they’ve traditionally been more resistant to giving away their expertise for free. In the meantime, opportunistic fake experts–who have no qualms whatsoever about offering free advice–have weaseled their way into the spotlight, taking credit for a job they haven’t actually done. If you’re one of the real experts out there who has finally realized that you’ve got some catchin’ up to do, it’s time to play ball with the legions of fake experts crowding your space.

There’s good news and there’s bad news.
The bad news is that the fake experts have done a really great job cornering the market with some relatively unsophisticated tactics. The good news, however, is that since fake experts never produce their own original thoughts, they’re dependent on you for material. This means that they will ultimately play a huge role in propagating your expertise around the internet for free! But first things first; before you can take advantage of their weaknesses, you’ve got to play by their rules and that means getting in front of their audiences.

So, as long as you’re willing to temporarily sacrifice your integrity and be a little shameless, there are some pretty easy ways to insert yourself back into the online spotlight. Here are some tried and tested ways of getting in good with an online community hungry for expert content:

1. Quote Other People
Why waste your time coming up with witty, clever, helpful, insightful things to say when many-a-person before you who has already done the dirty work? Twitter and Facebook are notorious for catering to people who make a name for themselves by quoting other people. And people eat it up! Some guy I’m “friends” with on Facebook (you know who you are) is constantly applauded for other peoples’ quotes that he bastardizes, err, uses as his status updates. And without fail, his friends clamor to commend him on his insight and unique ability to capture emotion so eloquently. Every time.

It’s kind of the same concept as borrowing someone else’s dog to attract the hot girl walking down the street (but none of the poop). You know what they say: “work smarter, not harder.” In other words, steal other peoples’ ideas, reap the rewards!

How-to: Sites like Brainy Quote archive famous quotes by category (“history,” “government”) and by type (“author,” “educator”). Head on over and choose your expert and topic. From there, update your status on any relevant social networks. Make sure to credit the person who said it originally, but don’t worry, people will credit you on the backend. Promise.

2. Align With the Experts by Conducting Live (But Fake!) Conversations with Them
You’re judged by the company you keep, so why not hobnob with the experts in your field? Don’t worry, they don’t have to hobnob back–people just need to make a mental connection between you and them. A good way to accomplish this is to post replies to popular figures updates on Twitter. For instance, if you’re a marketer, you should send a live reply to Guy Kawasaki or Chris Brogan. Or both! Unless people do the legwork and find out that you’re not actually getting replies back from these guys (which they usually won’t), your followers will simply think that you know these people and, by golly, they’ll want to know you because of it!

How-to: Identify the people in your industry who say really smart things and who have a huge following. Reply to something they say in a very knowing way, as if you two go way, way back.

3. Retweet (RT) or Otherwise Archive Other People’s Content
Retweeting or otherwise reproducing other (smarter) people’s content is a hybrid of the two above-listed tactics, but trust me, the sum of this baby is greater than all its parts. By retweeting someone, you’re effectively creating a mental association between you and them just like you did when you hosted your fake, live conversation. And by reproducing their content, you are essentially saying, “Yeah, this is exactly my philosophy on the subject at hand as well, but they said it so eloquently that I’ll let them have the stage on this one.” Even more, though, the RT (or other method of sharing other people’s content) is a great way to offer value to your audience and nurture an air of humility. (“Yes, I am happy to make space on my platform to promote good work when I see it. This is not all about me. We’re all in this together.”)

How-to: Review the pool of experts you’ve identified for your fake, live conversations, and make a point of retweeting their original thoughts. (Again, make sure to give them credit–this will create the air of humility we discussed, as well as link you to that expert in people’s minds). If you want to get really crazy, you can provide your own unique summary of and a link to the blog posts they’ve spent hours writing. This is a good way of using other people’s content to sum up what you think your audience would benefit from hearing you say.

4. Call Yourself an “Expert”
This may seem pretty self-explanatory and that’s because it is. If you simply start calling yourself an expert at whatever you do, people will buy it. Sure, there will be some skeptics but those people are just haters and probably aren’t the people who are going to buy what you’re selling.

How-to: Every social network gives you a space to describe yourself. Make sure to sprinkle in the word “expert” liberally.

How-to: I think that about says it. But a quick rule of thumb: you can always rely on people who are doing the same thing to follow you back. So, if you see someone who is following a ton more people than are following him/her, go ahead and follow them. They’ll be so happy that someone actually wanted to follow them, that they’ll immediately follow you back.

6. Lists (you are here)
If you’re an ambitious fake expert, you might decide that you want to take the plunge and create your own content. Well, then, a good place to start is with a list. For example, “The Top 5 Ways to Do This Thing That I’m an Expert At.” People like lists and they spread like wildfire thanks to all the other fake experts out there. But if you’ve been paying attention to the rest of the advice in this article, then you’ve probably (correctly) surmised that there’s a much easier, lazier way to do this that doesn’t necessarily require any original thought from you. One of the better tactics I’ve stumbled across is making a list of people (experts!) to follow on Twitter or great blogs to read. This really allows you to accomplish all of the objectives you identifeied above–align yourself with real experts, create an air of humility, provide value, etc.–but doesn’t require you to have a single expert-like thought. Phew!

How-to: Compile a list of all of the other people whose thoughts you’ve been piggy-backing off of all along. Give the list a catchy title (make sure to include a number so that people know it’s a list). Maybe even come up with a way to categorize people into different groups so that it seems like you’re truly curating the experience for your readers. Then make sure that everyone on your list knows they’re on it, and ask your readers to suggest anyone you missed. Their suggestions can ultimately become your next list!

Wait, what’s that? You really are an expert?

Well then, you should introduce some long form content (e-books? Books? Articles? Blog posts?) or even insightful status updates/tweets and let all the fake experts out there do the leg work necessary to get it out for you…

Ultimately, the joke’s on them.