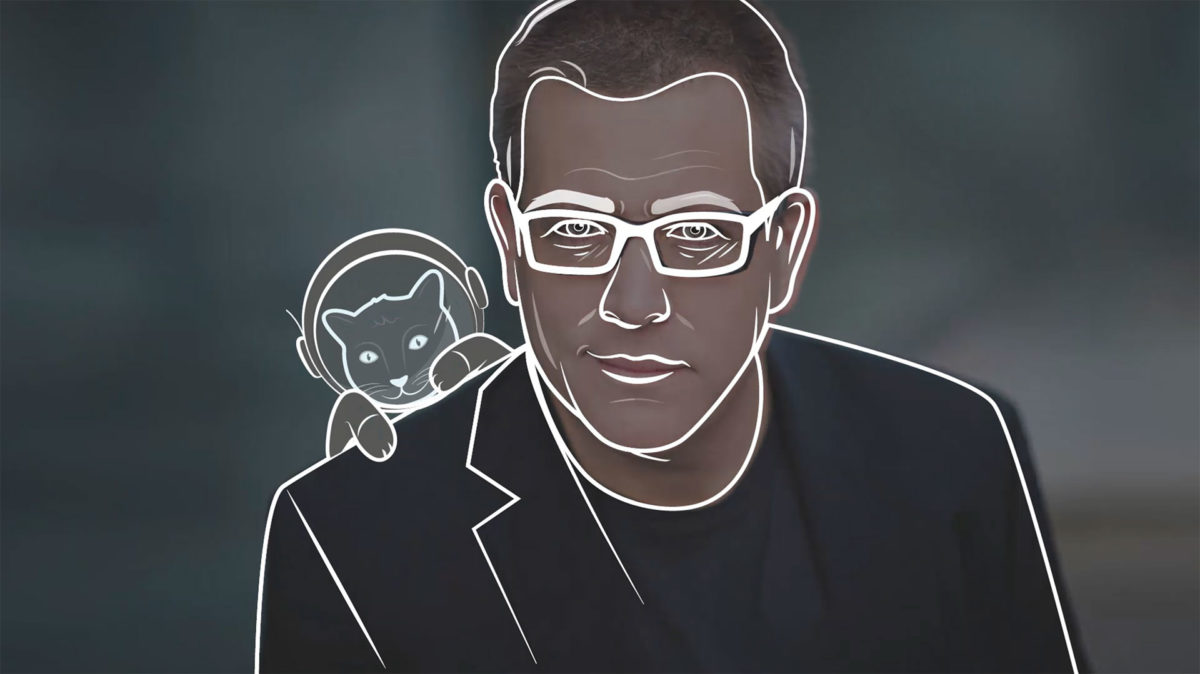 Hanging out with Peter Shankman

We’re proud to say that we broke Peter’s 13-week no-drinking spree recently, but we promised not to talk much about that.

For those of you who don’t know Peter Shankman, he’s the founder of the Geek Factory , but perhaps even more popular for launching Help a Reporter Out (HARO)-a thrice daily listing of expert requests from reporters, similar to ProfNet, but free.

We’ve been stalking Peter for a while now-err, I mean, going back and forth with him to set up a drinks date. Finally, the stars aligned, the orbits orbited and Pluto was reintroduced to the Milky Way-all of which somehow contributed to us all being available for tequila and guacamole at one of Peter’s favorite spots in Hell’s Kitchen. “Ta Cocina” is the restaurant that hosted ‘Drinks with Peter,’ and since its name arrived by text, we thought that the ‘Ta’ was actually supposed to be a ‘La.’ Nope, not a typo at all.

Recognizing the mass amount of effort it took us to travel so far north into the far reaches of the west 40s, Peter gave us the first two HARO shirts, which we’re proudly wearing in the above pic (I don’t know what’s up with my face, by the way, but it’s kind of funny so we’ll go with it).

Of course, anyone who receives HARO-there are probably about 23,000 of us now-has probably gathered that Peter doesn’t sleep a lot. His first email of the day arrives somewhere between 5:00 and 6:00 a.m., usually with a note about how he’s in the park sipping coffee while the rest of Manhattan is still sleeping. Other hints to his seeming-insomnia are his incessant travel schedule, which puts him all over the map any given week. But unlike most of us who would show up for the scheduled meeting and then crash in the hotel when it’s all over, Peter instead opts to meet his growing fan base wherever he is for drinks at night and for a group run in the morning. We get tired just thinking about it. Naturally, our first question for Peter was “Do you ever sleep?” Predictably, the answer was “no.”

You see, Peter’s one of these people who only needs about three hours of sleep per night. Imagine what you could do with 21 functional hours per day! That led us into our next line of questioning-how did all of this come about? “This” meaning a successful company, HARO, and a minor piece of fame. As Peter began telling us about the various travails that landed him here, we realized he’s one of those guys who’s right on the cusp of right place/right time and preparation meets opportunity.

Here’s how it all started: When Peter was a wee lad of college-going years, he went out to California to study film or photography or something. For whatever reason, that didn’t work out, so he moved back to New York. This was right around the time that the Titanic came out. Peter the Prankster printed up a handful of shirts that read “It Sank” and sold them in Times Square. The shirts caught the eye of a reporter at USA Today (or was it the New York Times?), who called Peter to say she was going to write a story about them. “You sell these online, don’t you?” “Ummm…of course.” Peter got a site together that night in order to cater to anyone who stumbled there as an effect of the article. The next morning, he got a call from his website hosting service asking about the surge in traffic. I don’t remember the exact numbers, but the article provoked a HUGE number of visits and sales, and as a result, income.

Peter’s next move was to blow up his resume, post it to two slabs of wood and wear them as a sandwich board in the middle of Manhattan in order to get a job. “Oh you’re one of those guys?” we joked. “I was the FIRST one to do it!” he corrected us. Anyway, he stood out there all day, in the middle of winter, and gave away all 1,000 of the resumes he’s printed out in case people requested them. It worked. He’d purchased a voicemail box in case anyone called in response. At the end of the day, he had something like 600 voicemails-from every company you can think of. Peter ultimately ended up being one of six people to work at a small company called AOL.

Somewhere between then and now, he also ended up on a flight sitting next to a talkative woman who made him wonder: “Wouldn’t it be great if you got to choose the person you sit next to?” And thus was born Airtroductions-a service that helps travelers pass their time en route by matching them with like-minded passengers. The service was somewhat popular with business travelers and then boomed in popularity when Lisa Loeb used it as a dating site on her old reality show Number One Single . Peter then sold the company to the highest bidder and the rest is history. (The company is now called Triplife)

His current company, Geek Factory, is the result of some other random incident that I can’t remember. As our night entered the wee hours (11:45 p.m.-way past our bedtime), the details began to slowly escape us. We do remember that Peter’s got two cats, he grew up in New York City, and that all of his parents friends are trying to set him up with their eligible bachelorette daughters.

According to our text message check-in, Peter woke up fresh as a daisy the next morning. We, on the other hand, had massive headaches-to put it nicely.