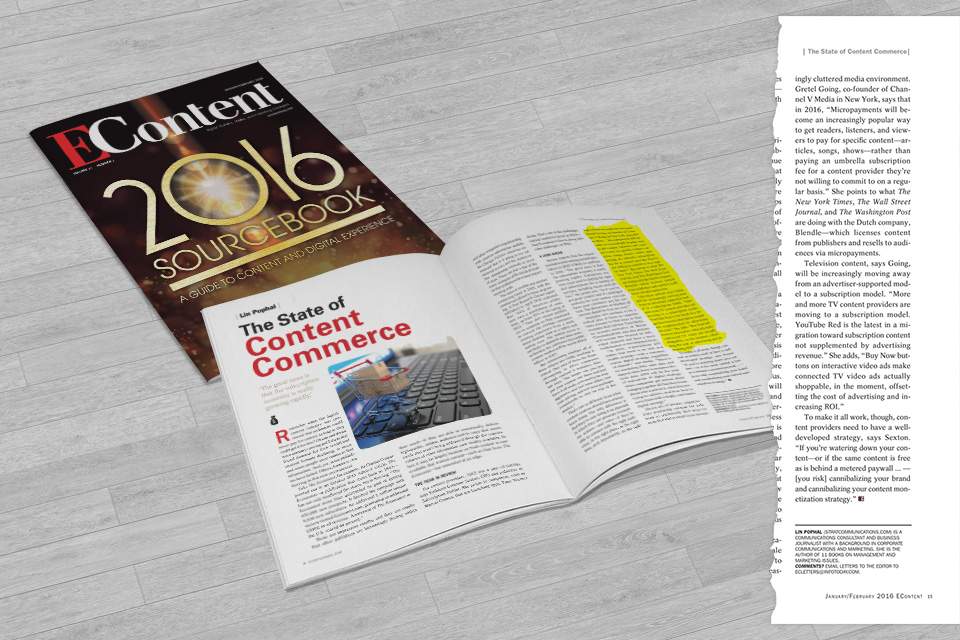 Gretel Going, co-founder of Channel V Media in New York, says that in 2016, “Micropayments will become an increasingly popular way to get readers, listeners, and viewers top pay for specific content — articles, songs, shows — rather than paying an umbrella scubscription fee for a content provider they’re not willing to commit to on a regular basis.” She points to what The New York Times, The Wall Street Journal, and The Washington Post are doing with the Dutch company, Blendle — which licenses content from publishers and resells to audiences via micropayments.

Television content, says Going, will be increasingly moving away from an advertiser-supported model to a subscription model. “More and more TV content providers are moving to a subscription model. YouTube Red is the latest in a migration toward subscription content not supplemented by advertising revenue.” She adds, “Buy Now buttons on interactive video ads make connected TV video ads actually shoppable, in the moment, offsetting the cost of advertising and increasing ROI.”