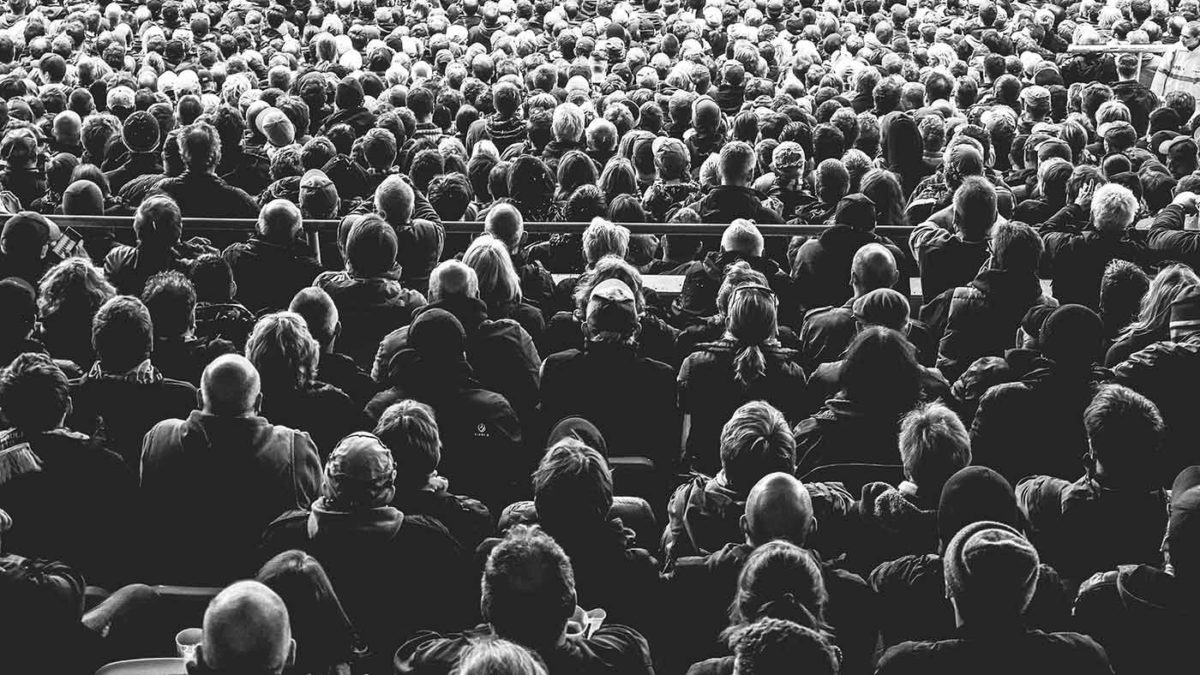 Audience Generation 101: Why do I need to build AND own my audience?

The term “Audience Generation” has been gaining in popularity lately due to its direct relevance to social media. But what is often considered common vocabulary by marketers and Public Relations Professionals is sometimes pretty confusing to lay people. And because one of my goals in life is to not be like other marketers, I thought I would explain the ins and outs of audience generation in terms the general public might actually understand.

For instance, yesterday I was talking with an incredibly talented chef we’re working with.* He’s a somewhat reluctant social media convert who exhibits all of the tell-tale signs of a novice: infrequent tweets, a blog without posts (although it does have a title!), and a general overall confusion as to the benefits of both. Basically, he’s diving in because he knows he has to, but he doesn’t know a whole lot more than that. As a chef who has been written up by every lauded food publication, approached by the appropriate food channels (although nothing has come to fruition to date), and cooked at the venerable James Beard House as well as the restaurants of many-a-noted chef, he never foresaw the need to market himself. His job until now has been to wake up every day, head into the kitchen, and prepare amazing food. Sounds like a reasonable recipe to me (clever pun totally intended). That said, you can imagine his surprise when he discovered that there’s a bustling online “foodie” (I hate that word) community that he’s not a part of, and that some of these seeming foodie posers are even getting plucked out of the ether and offered huge opportunities. And therein lies the point of this article: while in the old days (err, ten years ago), it was necessary that one had talent to gain recognition, nowadays it’s pretty fair to say you just need to know how to play the game, and that means building an audience–a loyal one at that.

I explained all of this to him briefly and I think he really got it. But then again, maybe not. Just in case, I’ve set out to spell it out a bit more for him and anyone else out there who doesn’t consume marketing jargon on a daily basis (in which case I envy you).

So, here’s the lowdown on audience generation and a few ways you can put it to work for yourself, your company or your brand:

First of all, what is audience generation?

It’s pretty much exactly what it sounds like: the generation of an audience. More specifically, an audience of people who find genuine value in what you have to say or offer. Audience generation is by no means unique to social media, but social media and user-generated content sites like YouTube have really elevated its usefulness to new levels.

In the world of traditional advertising and marketing, marketers would literally buy their desired audiences through media buyers who would identify the best publications, TV stations, billboards or websites on which to place their ads. The idea was that your brilliant artwork would grace the space next to content that your audience was interested in. And thus would be born a psychological association between your brand and that content. Clever, right? I guess, but only if it’s your only option, which it’s not. The alternative here is to skip the middle man and produce the interesting content yourself, rather than simply existing next to it.

Another endangered form of audience generation is list-buying, whereby you define your target audience to your favorite list broker (yes, this is a real job title) and he or she will identify the perfect list of unsuspecting victims to whom your unsolicited email or snail mail campaign will be sent. Sure, you can reach the masses with both of these methods but you’re certainly not doing yourself any favors in terms of gaining their loyalty or “owning” them, which is really the goal here.

Okay, so how do I generate my audience?

This really deserves its own post (consider it noted-I’ll write a follow-up post soon). For now, here are the basics:

Identify the platforms where your audience congregates.

In the case of our above-mentioned chef, it would be a huge mistake for him not to be on Twitter since all the food groupies (admittedly, me included) are there in droves. He’ll also need to go ahead and get some posts up on his blog.

“If you build it they will come” need not apply here.

Simply having a Twitter, Facebook, LinkedIn account, or a blog, will not bring your audience to you. You’ve got to produce interesting content. Ask yourself: Who is my audience and what kind of content do they want from me? From our chef, I’d want to hear about the inner workings of his restaurant, what new items he’s putting on the menu, cooking tips, and what his life looks like outside of work. I want details that aren’t available on his official site. After all, the reason people “follow” you is because they want to be led (through your life). Hey, there’s nothing wrong with a healthy mix of voyeurism and vicarious living.

This means listening to others and joining in on the conversation. You need to become the perfect online host. Leave comments for other people, share their interesting thoughts with your audiences, and offer them value at every step.

We’ve covered the WHAT? and the HOW? Let’s move on to the WHY?

Building and Owning your own loyal audience will allow you to bypass traditional channels.

Creating your own private media channels-meaning blogs, newsletters, social media profiles and others-will allow you to get the word out on whatever it is you’re working on or doing without having to rely on traditional methods like press release-PR, advertising, and other such techniques that are falling by the wayside. It also gives you a lot more freedom to say or present your message however you like. But again, it’s not enough to simply create the channels, you also have to make sure you are continually building your audience. And further, that your audience arrived organically (not via ads or trickery techniques that conned them into visiting you!). Audience generation can be achieved through organic search methods, too, but that will be included in the follow-up to this post. (See above for brief tips on generating your audience.)

With a big audience can come big opportunities…

So while our extraordinarily talented chef is slaving away over hot veal cheeks at his restaurant each night, people who could only dream of having a portion of his talent are sitting online talking about it…and they’re reaping the benefits as a result (that is, the benefits of a growing audience of people who want to hear about veal cheeks). What kind of benefits are we talking about here? A couple of my favorite early examples of opportunities that came about due purely to having a big audience (but certainly not due to having a remarkable amount of talent) are the Chocolate Rain guy on YouTube and good ol’ Tila Tequila.

If you’re not familiar with them, the basics are this: A couple years ago, Tay Zonday, a.k.a. “The Chocolate Rain Guy,” released a basic video of him singing “Chocolate Rain” in an amusing voice on YouTube. For some reason that I’ll never understand, people liked it and it was viewed millions of times. (To date the original video has been viewed 39,386,940 times.) Dr. Pepper saw this video as the perfect basis for its Diet Cherry Chocolate Dr. Pepper campaign and paid Zonday a rumored $200K for the rights (and to appear in the resulting commercials). Not bad for a kid with a funny voice and a webcam.

As for Tila Tequila, she’s famous for having a ton of friends on MySpace. Yep, that’s it. But as this story goes, friends + engagement = loyal audience = opportunity. Tila signed with VH1 to produce one of the worst reality shows in history (which is saying a lot): “A Shot at Love with Tila Tequila.” Basically the producers weren’t after her talent, they were after her audience. They just needed something to pull that audience in so they made up a show for her and the rest is history. (She’s had numerous other opportunities beyond this as well.)

Of course, opportunities resulting from having a large audience aren’t limited to pop culture; they’re prevalent across industries-businesses are generating never-before-achieved visibility, leads, and hugely lucrative opportunities as a result of building and tending to their audiences. This is further why there are so many fake experts out there trying to cash in by collecting followers. (Not to worry, I’m working on a post about them, too.)

In other words, the reason that the likes of Nicole Richie and Paris Hilton can get book deals, and so-and-so can get her own show when you can’t even get an infomercial, is not because they’ve been secretly harboring the Great American Novel (or are particularly camera friendly); it’s because they have large, dedicated audiences. Mystery solved, right? Uh, right. (Knowing this dirty little secret will either make you feel a lot better or a lot worse about society depending on how hard you’re willing to work.) My advice is to play the game. And have some fun while you’re at it. Generate audiences by engaging in things you’re interested in. There are worse ways to get your name out there, ya know?

You can market to your audience in the future.

So it’s true that not everyone is going to become an instant Internet-phenom. The worst case scenario-which is actually not so shabby-is that you will build a database of people who are interested in what you have to say. That means that when you do have something to announce or promote, they’ll be there listening, and you won’t have to pay for space or bribe a third party to get the word out for you. In the case of our chef, this could be a cookbook, a new restaurant, or, hey, the announcement of his new show (should he get one). Whoever’s involved with him will certainly appreciate the exposure.

How is Audience Generation different than public relations? Can’t I just ask my publicist to help me build an audience?

I think I’ve written enough here, but just know that audience generation and public relations are related but not at all the same. And yes, your publicist can help you build your audience but this should be carefully considered on a case-by-case basis. Authenticity and transparency are key. If your publicist can’t maintain those two things, go it alone.

And to think I set out to write a short post…

* If you follow me on Twitter, you know that food is one of my great passions and, thus, one of my personal new business initiatives.